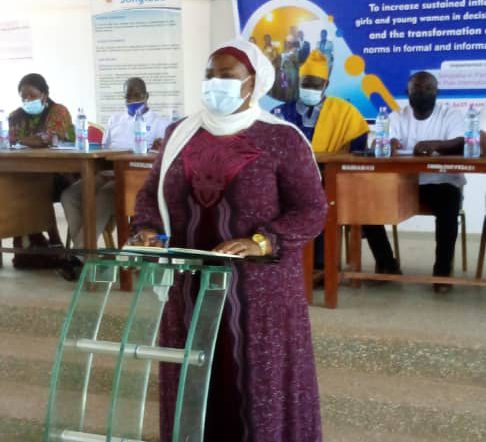 She Leads is a consortium that brings together child rights organisations, feminist/women’s rights organizations, and GYW-led groups in a joint effort to increase the sustained influence of girls and young women (GYW) on decision-making and the transformation of gender norms in formal and informal institutions.

She Leads is a five-year joint programme of Plan International Netherlands, Defence for Children – ECPAT the Netherlands (DCI-ECPAT), African Women’s Development and Communication Network (FEMNET), and Terre des Hommes (TdH) the Netherlands, in partnership with the Ministry of Foreign Affairs of the Netherlands

The She Leads project objective is to increase the sustained influence of girls and young women on decision-making and the transformation of gender norms in formal and informal institutions. Songtaba is working in partnership with Plan International Ghana to deliver on the following outcomes: 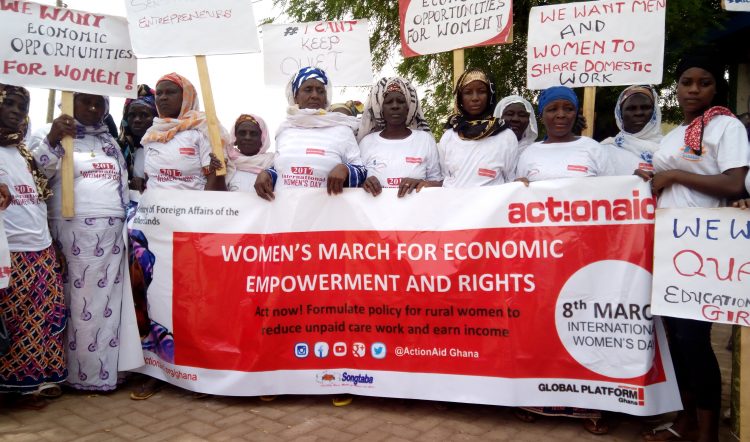 The first phase of the project was three-and-a-half-year food security and women’s rights project provided practical solutions to reduce the amount of unpaid care work women smallholder farmers often perform, seeking to improve their productivity, household food, and nutrition security and amplifying their voices to direct policy changes that will recognize, redistribute and reduce their unpaid care work.

This project has four main goals. We aim to support the collective organization and political engagement of women farmers, to reduce the drudgery of unpaid care work among women, to improve food and nutrition security, and to promote evidence-based research to inform national and international advocacy as it affects women smallholder farmers. 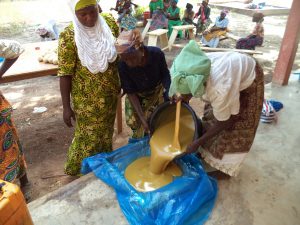 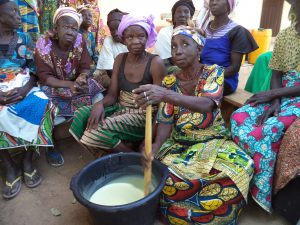 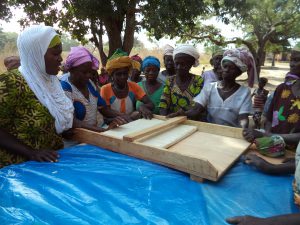 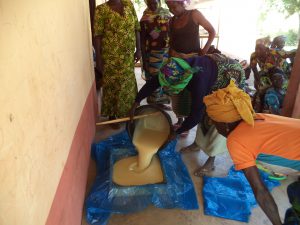 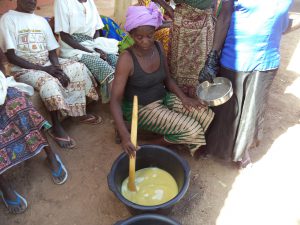 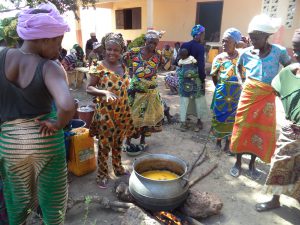 They have met regularly with local and national policymakers and engaged in planning and budgeting processes to demand more resources and support. The hours these women have spent on unpaid work have been significantly reduced as a result of low-cost interventions such as community-run childcare centers, household rainwater storage, and community tree lots for firewood. They have gained more secure access to food and are increasing surplus food for sale. Eventually, this program will lead to greater visibility of women’s unpaid care work and farming activities, creating long-lasting policy change to support them. 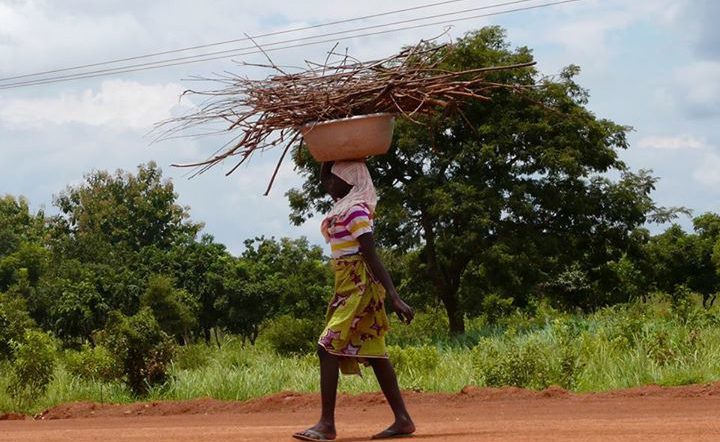 The gender gap in access to education, resources, and rights is just as prevalent in agriculture as in other areas of our work. We have actively worked to drastically increase the participation of women in agriculture over the ears and statistics demonstrate that a significant percentage of the nation’s food is produced by women. Given the opportunity and the needed resources, these women will be able to increase their production to meet the ever-increasing food needs of the nation. We’ve been working to address educational disparities by specifically training women in financial literacy and marketing skills.

These skills enable them to increase income, in the market, and how to profitably invest their income. We have been working to empower these women to help them gain access to and control productive resources. By encouraging them, supporting their work, and promoting collective action, we’ve helped them to strengthen their voice and increase their ability to demand changes in agricultural policy-making. 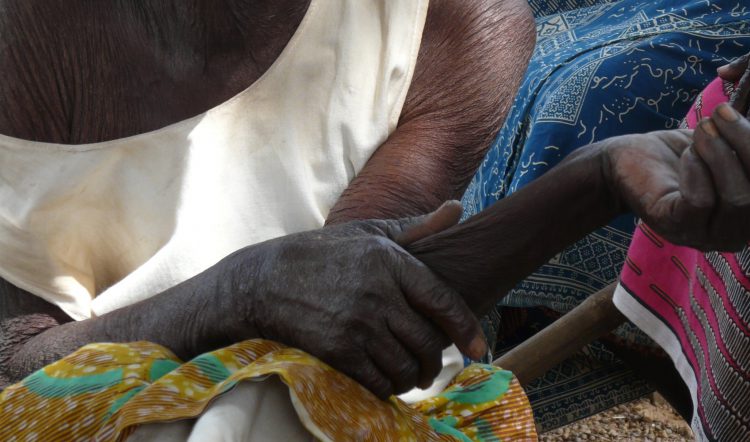 funded by STAR-Ghana Foundation, Songtaba is working with district assemblies, traditional authorities, religious leaders and community, and district stakeholders to secure the safety and dignity of women who suffer dehumanizing cultural conditions including witchcraft accusation based on allegation and suspicion.

The first phase of the project worked with four district assemblies where the alleged witches’ camps are located (Yendi, Nanumba South, Gushegu, and East Mamprusi) to adopt GESI bye-laws as one of the strategies to reduce the incidence of violence against women in the districts.

The overall goal of the project: Safety and Rights of women, girls, and men accused of witchcraft protected

What is the key challenge or issue regarding gender equality and/or social inclusion you seek to address through this project?

The northern region of Ghana is playing host to now five (5) camps, mostly referred to as alleged witches camps, where mostly old women accused of witchcraft by families, relatives, and/or communities, sometimes beaten, banished, or stigmatized, run to for safety and protection. There are about 600 alleged witches living in the alleged witches camps with about 500 of their grandchildren, children, or caretakers (age 3-19) which for no fault of their have to accompany these aged women to serve as support and do some house chores.

Although the camps thus serve as safe haven for most of these women, conditions under which these women and their children or grandchildren, who care for them, live in these camps coupled with the treatment meted out to them by some camp managers (Chiefs, Priests, and Priestess) can unequivocally be described as dehumanizing.

Out of the five camps in the region, there are just about 20 serving as inmates. Of the 600 women leaving in the camps, about 90% are beyond age 60 and have on average spent a decade of their productive years in the camps. Persons accused of witchcraft and exiled into these camps lose all family support systems. Their social and economic rights are continuously violated(source: Songtaba 2014 annual report)

They also lack access to basic livelihood opportunities because of their exclusions. The common livelihood activity in the camp is cotton spinning as they do not have access to credit facilities.

The housing structure of alleged witches is at variance with normal traditional housing types. Arriving at each camp/home, the particular scene is the glaring difference between the size of the huts of other people in the communities and those of the accused persons. The huts are smaller in size with no windows for ventilation. Two or three women with children are often crowded in one small hut with old or rotten thatch roofs which allows leakage of water into the huts during rainy periods. Coupled with lack of clothing the inmates of witch camps become exposed to the vagaries of cold weather particularly during the rainy season and the harmattan (August- February) when the weather becomes cold resulting in many of them suffering and even dying from cold-related diseases, such as pneumonia.

The situation is exacerbated by the inability of alleged witches to access health care. They have no livelihood support and are unable to participate in the country’s health insurance schemes. Though such schemes do make provision for the aged amongst them they are unable to access health service due to the cost involved in transportation and their inability to secure medicines.

Unfortunately, the geographical locations of some of the camps do not allow children in these camps access to basic education. For instance, to access junior high school in the Nabulicamp in the Gushegudistirct, a child will need to walk about 18kilometres to get to the nearest school to attend. The majority of them can not access the school firstly because their parents/guardians are so poor as to meet the cost of education and also because these children, main girls, have to travel long distances to draw water and fetch firewood for their parents. It must be mentioned here that there are only two functioning boreholes which were provided by Action Aid Ghana and ADRA and the water table is very low.

The alleged witches depend largely on water from an unprotected stream located several kilometers away from the community. In the Kukuo camp in the Nanumba south, for example, the women have to descend a valley to access the OTI river for water. This is about 4 kilometers

What changes does this project seek to achieve?

The project will work to reduce the stigma and isolation that the alleged witches and their children/grandchildren face in school and communities.

It will further enhance a guaranteed safety and protection for women who are accused of witchcraft through the implementation of the enacted bylaws in the districts and the communities. Our experience with working with the alleged witches in the camps is that they fear to be reintegrated back to their communities for fear of re- accusation and their safety.

The project will also work with key traditional leaders to make pronouncements to denounce and condemn the rights violations that come with witchcraft accusations.

The project will also strengthen the capacity of the leadership of the alleged witches and the children to engage the district assemblies to respond to their needs of the provision of basic amenities such as water and food. It will work closely with the social welfare and the NHIS to get the entire inmate to benefit from these social intervention programmes. It will also work closely and align with CSO’s working for the protection of women and children to build a strong network to advocate for the implementation of policies that protect women and girls.